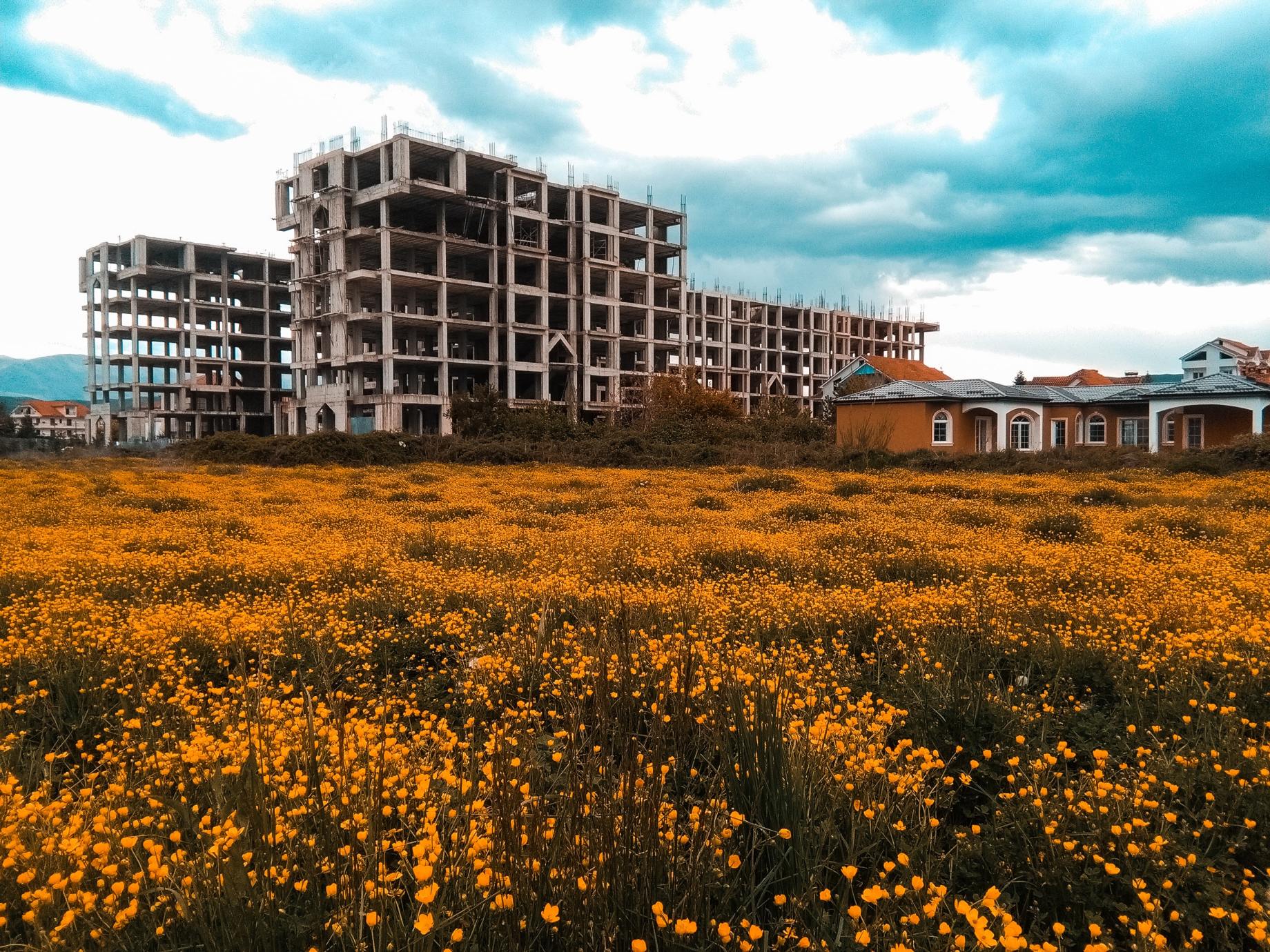 Around 1987, Dutch missionary Gesina Blaauw, moved to an Albanian village in Sicily, called “Piana degli Albanesi”, translated: “Plain of the Albanians”. Having opened a Christian Bookstore in Sicily’s capital, Palermo in 1975, the LORD led her to get involved with Albania in 1981 when she was able to travel there for 5 days with a small group of Italian communists. It was a life-changing trip, where the needs of the people were written on her heart with tears. Poverty was obvious, but much worse was the fear in the eyes of the people when they moved around in the streets.

Albania was officially atheistic under the very harsh regime of dictator Enver Hoxha. More trips followed till in 1987 she was blacklisted in Albania and was not allowed to come in, but God’s calling was strong and she continued to prepare, learning the language and culture and also opening an Albanian giftshop in this “Arberesh” village (Arberesh means of Albanian origin) to allow cultural exchanges with Albania. There were cultural exchanges between this village and Albania as well as Kosovo. In 1989, after the fall of the wall of Berlin, refugees started to come out of Albania by the thousands, escaping on overcrowded boats. One refugee-family lived with her till their documents for family reunion in USA were ready. Gesina tells: “The father had escaped some years earlier and had helped us with the correction and translation of the N.T. in Albanian while in a refugee camp in Italy. Having become friends, I had offered to him that if his family was amongst the refugees, they would be welcome in my house. The miracle happened and here they were!

He didn’t know that his little boy, who was just two months old when he left, was disabled. Steve was the first Albanian with a disability I met. I myself am disabled and had spent four years in rehab places as a child. Around me I had seen many disabilities and also what was done for them. Concepts of adaptations and integration were normal in my own life. Here was a five-year-old boy with cerebral palsy who didn’t even have a wheel chair! He would receive help once in USA, but what about people with a disability in Albania?”

In 1991 the country opened up and Gesina became the mediator between the Government and Mission organizations from all over the world who desired to start ministry in Albania. The Lord called her for the rebuilding of the country. In the beginning the relief and humanitarian efforts were general because the needs were so enormous. With the relief supplies, sometimes there were also a few wheelchairs and other orthopedic means, but while distributing food and cloths all over the country, every time she was confronted with the special needs of the disabled. Family members would ask for food or cloths help but you never saw the people with a disability because there were no wheel-chairs to bring them along. A Government official told her that in communist days they were happy if they could bring in four wheel-chairs a year into the country! She started appealing for wheelchairs in the international community, and during the following years at least 2000 wheel-chairs were brought in with the help of many missionary organizations but particularly by Joni and Friends. Joni Eareckson Tada invited Gesina to a European symposium in 1996(?) and that’s where her eyes were opened to disability ministry. Joni invited Gesina to the USA and Gesina invited Joni and her husband to Albania the next year. “Joni and her husband Ken came over to Albania and ahead of them, sent us a team of professional volunteers and a container of wheel-chairs! (The team had physio therapists,occupational therapists, wheelchair technicians and even medical doctors and nurses). By that time, we had bought an old State Farm, but the buildings needed to be knocked down and rebuilt. They couldn’t be used yet. The entire first action was done from my home! I rented rooms for the team members from several of my neighbors and circumstances were very primitive, having no running water most of the time! The team taught us how to adjust the wheelchairs and make them suitable for the person receiving it, and we went to several towns to distribute them together with local disability coordinators. People were very much encouraged because “Nobody ever did anything for them!” When meeting with these people directly, I noticed that those who had been disabled from childhood, could not read or write. They had never been to school or been in society. Isolation was a main problem. We kept records of every disabled person that came on our way. During the visit of this first team from Joni and Friends, we also held seminars in Church, did radio and Television programs, held a cocktail for Government people, artists, VIPS etc. At the end we had organized a concert in the sports-hall where Joni and Ken sang and one of the churches provided a worship group. Missionaries from all over Albania, helped in organizing transport for the disabled of their communities and it became a very big event in Tirana. We also published a one-time newspaper about disability.

More teams and wheelchairs followed, not only from USA but also from GB and Italy. Our building activities continued as did our general distribution work to the poor all over the country. During one wheelchair distribution week, an Italian nun visited us and asked us to come with her to visit a family who was desperate. Their teenage-daughter had been shot in the neck and was paralyzed from the neck down and had been lying in bed for four years, with no treatment except for vitamin pills! No wheel-chair, no adaptations, no activities! She had been one of the best pupils in the country and now she had not had any education for four years. We showed her the Joni movie, which we had dubbed with the voices of Albanian artists. That was life changing for her and the family. Not so much the spiritual side in the beginning, but seeing the adaptations, the special wheelchair and the integration in life by Joni, made a deep impression. They saw the video many times for several days, and then phoned me. Suela asked if we could teach her to write, using her mouth, like Joni. After trying it out myself, I answered we could pick her up a few times a week and start training her. To keep her company, we invited some other teenagers who were disabled and needed education and therapy. We also found a person to give them physio therapy and education. This was the beginning of our school! By summer, we thought we could try camps, although we had no glass in our windows yet… We invited many young adults and teenagers with a disability and did 5 camps that summer. At the end of that period, they themselves asked us if they could live with us for a year or so and receive therapy as well as education. For a period of about ten years we had people living with us in the center and trained them for life and brought them the Gospel. Every summer we organized camps. The life of those who lived with us have been changed and the fruits are still evident today. We could share many life stories here. One important event was the wedding of two of our students. Up till then, in Albania it was unheard of that a person with a disability should marry. Two youngsters who had lived in our center had fallen in love with each other and had the courage to go for it, confronting their families and public opinion. At their wedding, even the Prime Minister and his wife came and with them all the newspapers and TV channels. The entire country now talked about the fact that people with a disability are “people like us and can fall in love and get married”. Others followed and now we have several of our ex-students who got married and even have children now. Some of them also were able to go to university and/or find a job. Some are involved in ministry like Klodi and Majlinda who are assistant pastors of a local church; Zenepe and her husband, both in a wheelchair have their own Foundation and run two kindergartens where the Gospel is being taught in Muslim villages. The younger students that were in our center and who needed more education have been able to continue up till today with the help of a British lady who started a Foundation for this purpose with one of our ex pupils.

In 2010, we had to close the center, mainly for lack of sponsors. An American mission is now taking care of teenage orphans and other teenagers with difficult situations in our former facilities. We still have the compound next to it and are planning to build a new Mission House there where we can again do ministry and invite young people with a disability to be trained in life skills, organize camps, seminars and other activities in future. A center with a good swimming pool facility and therapy equipment. Circumstances are different now as Albania is developing quickly, but also now there are some Christian professionals who can be involved in the new center. The need is still enormous because there are no such facilities in Albania. Ministry amongst the disabled is a great necessity and we would like to involve many of our former students in the new project!