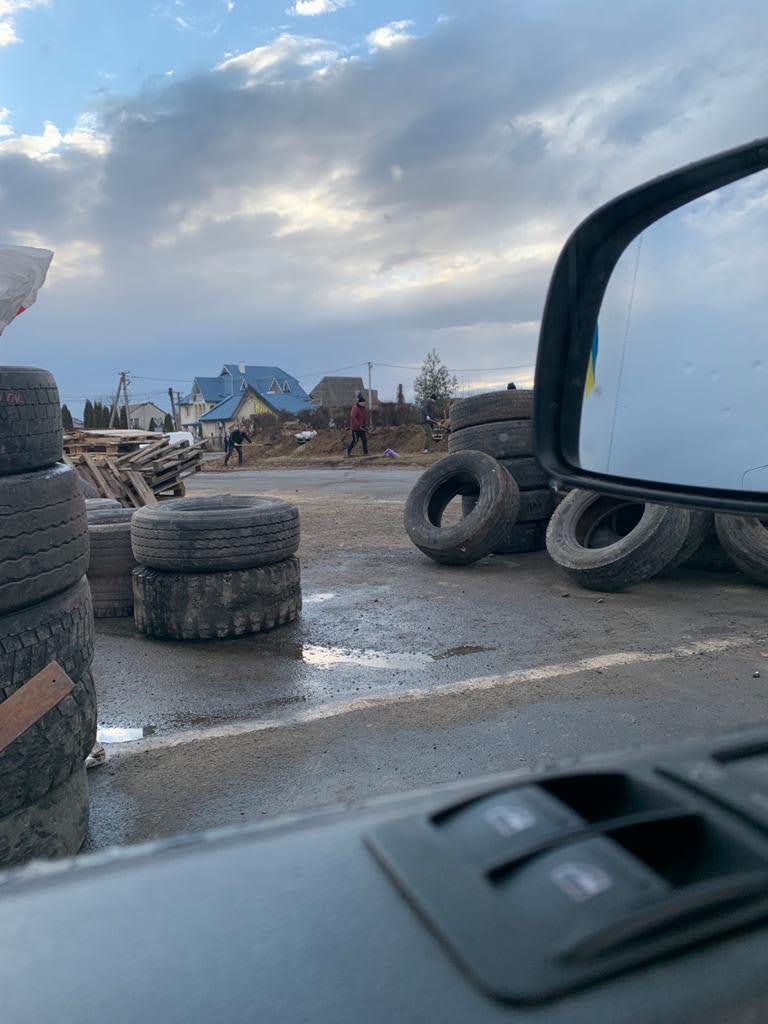 What can one person do against the catastrophes in this world?

We were all shocked that war had broken out in Europe.

I met our partners and friends Sergej and Natascha Bolchuk in Ukraine for the first time in 2010 in Kiev when they were at our conference of the European Disability Network. Like me, they were involved in working with drug addicts and after a car accident they were affected by paraplegia and became aware of the needs of people with disabilities.

So on the third day after the war began, on Saturday 26 February 2022, six vehicles set off for the Ukrainian border.

While they were all on their way, I looked for a home where they could be taken in. Thomas Schmutzler, a retired deacon from East Germany, supported me by phone with his contacts and knowledge of geography and together we followed the drivers using a WhatsApp group.

Then we suddenly learned that the border to Hungary was closed to Ukrainians. Now we had to quickly reschedule via Poland. We were all able to stay in touch via our smartphones and at the Ukrainian border, the drivers got to know each other personally for the first time.

There was not much time for this, because now came the most delicate part of the journey, entering Ukraine with the help of a police convoy organized by our Ukrainians and picking up those waiting behind the border.

Leaving Ukraine was even more difficult.

I sat on hot coals for several hours at home.

Then Marion Koch from the driver team sent the photo of my beaming girlfriend Natascha in the van.

Had they made it? Were they already over there? No, not quite yet, they had all got on in Ukraine, but now they still had to cross the border. Would they all be allowed to leave? Long negotiations back and forth for hours, until finally the news came that they were all allowed to leave. Thank God!

Overnight stay with all 12 drivers and 35 Ukrainians.

Now across Poland to southern Germany. With severely disabled people it doesn’t go that fast, you need many breaks and two overnight stays. The drivers were able to take turns, but they were also exhausted after such great tension.

Pete wrote to me: “After an exhausting day for everyone, it was a Blessing to see many leaving our hotel at 10pm in wheelchairs etc, to see the lights of the city of Lublin in Poland.

I almost felt guilty, driving our vehicles in front of large queues waiting patiently in the cold. Each person has a story to tell.”

Our large group is given such a warm welcome and super care. Although the Corona period has certainly hit them hard in the guest business, there is no charge for this group or even the next one.

The journey continues to our destination, the Schönblick guesthouse near Stuttgart.

Arrival at the Schönblick guesthouse at 9.30 p.m.

Nataly told us later that a man in a wheelchair and his wife had lived on the 8th floor of a high-rise building without an elevator next to a military facility. They had never been interested in God or faith and had already given up on life, without any chance to escape or even to go down to the basement. Now they were suddenly travelling with our group in safe Germany, which prompted the question: “Could there be something to this God thing?”

Ukraine has a population of over 44 million, 35 rescued people are nothing compared to that, but for these 35 people it makes a huge difference to be out of the war zone, so we want to plan further trips to get people out bit by bit.

Who knows how much longer it will be possible to get people out of the war zone, so we are already starting to plan the next tour while the first group is still on its way to the destination.

Start of the second tour to the Ukraine with 10 vans and 20 drivers.

Two drivers who were relieved in “Hohenstedt-Ernsthal” were there for the second drive.

The four vehicles with drivers who took part in this trip were joined by a company that converts vehicles to be barrier-free with six other sprinters and drivers.

A convoy of 10 vehicles and 20 drivers, who did not all know each other, made their way from very different areas of Germany to around 39 Ukrainians with disabilities, their families and caregivers.

11:00 am at the agreed meeting point where everyone has to drive through the border together in a column. It took two hours until all the vehicles were together.

Then it turned out that some drivers had no passports and one only had an expired ID card.

After a long wait and many controls, at 2:00 a.m. there was finally clearance for certain people at the Ukrainian border.

In the hustle and bustle of the many people, our Ukrainians discovered a familiar face. A woman from the church walked with her six-year-old son and her teanage son in a wheelchair. Space was quickly made for the three of them and the boy in the wheelchair immediately laid his head on his knees in the bus and fell asleep immediately from exhaustion.

While many citizens of Ukraine walk around with nothing, others bring their expensive cars empty across the border to safety.

In Poland, everyone stays in the hotel in Lublin. Unfortunately, the elevator there is so narrow that a man with brittle bones has to be carried up the stairs. Still agitated by all the impressions at the border, not everyone sleeps well.

Before the journey continues, yesterday’s experiences are exchanged and prayed for.

This reflection is good for everyone and allows the group to grow together.

On the way there are occasional breaks at snack bars that also have wheelchair-accessible toilets.

The overnight stay in the “Bethlehemsstift Hohenstein-Ernstthal” is a challenge with so many people. The 20 drivers stay in another building. What great hospitality to accommodate such a large group for the second time without charging any costs, although the Corona period, like all other guest houses, has certainly been difficult for them.

On Sunday, March 6th, we continue to Schwäbisch Gmünd to the Schönblick guesthouse where they are enthusiastically received by the last group. What a joy to have family members and friends back safe and sound. The drivers start their return journey the next day and with new vehicles and drivers they continue to their destination in the mountains of Bad Bellingen. Within three days, Marion Koch from our working group and helpers prepared the house for the guests from the east.

Start of the third tour to Ukraine. This time Amsterdam is the destination.